Although the exact tennis history remains a little lost in the mists of time, but it is incontestable that tennis is one of the oldest competitive sports in the world. It is known for the game of kings, the game of nobles, and also the king of games.

As stated before, this game endured for a very long time in one form or another. From religious ceremonies to streetball game to grand slam sport.

Well, that’s what I’m going to be sharing with you in this article. I’ll be showing you the long amazing history of the fabulous sport that is tennis.

Historians disagree about the exact origins of the game. Some say tennis began as far back as ancient Egypt, then spread to Greece, and Rome. And some say that the game has an Islamic background, where some tribes played it with bare hands.

And that where derives the word racquet(or racket), from the Arabic word “rakhat”, which means the hand palm. So, it is certainly possible that the game had an Islamic background.

This would get us back in the year AD 711, as Islam spread into Spain and southern France over the next 300 years, so did their ball game.

The medieval facts show that the true origin of the sport was in the cloistered courtyards of European monasteries.

In the 12th century, tennis was first played by the french monks at their monasteries, by hitting balls with their hands and bouncing them off the walls.

This was before racquets were invented as it was only played with the hands. Back then, it was called “Jeu de Paume”, which is French for “palm game”, or “game of the palm”.

Tennis was played by kings, nobles, and commoners alike in France throughout this period. The first known man who constructed indoor courts was Louis the 10th, in the late 13th century.

As to the differences with today’s game: the court was enclosed. The net was a lot higher and it was played inside. Also, the players did not have rackets. But later, they used big gloves to have a better handling of the ball, and also to protect their hands.

Sometime after this, the game was spread into England and possibly the other parts of Europe as well. Where the rules were different every single place you went as there was no fixed set of rules.

Where the actual name “tennis” came from?

If we looked into history of tennis, we would find that “tennis” is originally the word“tennez”, which means to receive in French. During the game, the server yells out “tennez!” meaning “receive!” to his opponent to warn him that he’s about to serve.

This was around the 16th century where the name tennis in England caught on, and it was referred to real tennis, or royal tennis.

Then 1571 king Charles the 9th granted the corporation of tennis professionals. This time was the height of real tennis or royal tennis, the origins of the game we all know and love today.

In 1740, the world’s first international tennis championships began. The men’s singles competition of 1740 is the oldest championship of the tennis history, and it began as a rivalry between France and England.

This game also did play a role in the French Revolution through the tennis court, as the game built public resentment with the social situation back then. This revolution led to the destruction of many real tennis courts in France.

After that, the popularity of real tennis slowly declined over the next couple of centuries while other racquet games such as squash increased in popularity.

The appearance of Lawn Tennis:

But tennis was to make a return midway through the 19th century, in the new form of Lawn Tennis, when new inventions such as rubber and the lawnmower were to allow two intelligent men to invent such a game almost identical to the one that is played today.

Between 1859 and 1865, Harry Gem and his friend Augurio Perera, played a game on a croquet lawn in Birmingham combining the features of racquets and another ball game called Pelota. This was to be the game of lawn tennis.

In 1872 those two men along with two local doctors founded the first Tennis Club in Leamington Spa in England.

Then in 1873, the real development came with a British Army officer major Walter Clopton Winfield, who invented a game which he called “sphairistike” Greek for “playing ball”. But later just to be called “sticky”.

He popularized the game and created a box set, which included the net poles, racket, and balls to play the game with. He invented the rules and spread his game around the world. By 1874 thousands of these boxes had been created, and the game was official.

In 1874, Mary Ewing Outerbridge who played the game in a lawn tennis court in Bermuda, was fascinated by the game and decided to make a tennis court at the Staten Island Cricket and Baseball Club, New York.

Then, in 1880, the first ever national championships were played in the USA. The rules were not yet standardized. But by 1881, the US national lawn and Tennis Association was formed, now the USTA, and the rules were standardized.

The US Open, formerly the US men’s national championships. Was first played in 1881 at Rhode Island. And the first women’s version was playing in Philadelphia in 1887.

Tennis became popular in France in the 1890’s, with the first ever French Championships played in 1891. Although it was only open to French club members into 1925, this was the formation of what is now called the French Open.

And the final Grand Slam: the Australian Open. It traces all the way back to 1905.
These four tournaments were the four most historic tournaments of the game, and still are to this day, representing the four Grand Slams of the calendar year.

But there was also one other major tournament each year that I haven’t mentioned and that is a Davis cup. Davis cup is the annual competition where men’s national teams face off against each other. And date all the way back to 1900.

The feminine equivalent of Davis cup is the FED cup. And it was first held in Queen’s Club, London in 1963. It was called then: the federation cup.

These tournaments are the most historic, and formed the beginning of what modern tennis is today. 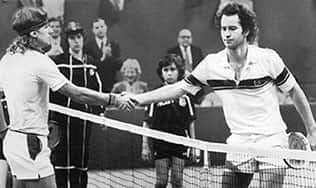 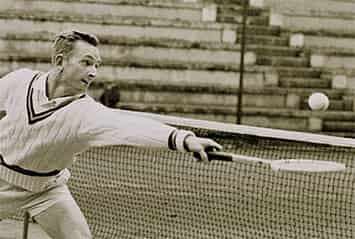