Well, let’s start with the similarities. We have the same strokes, we have a forehand, we have a backhand. On either forehand or backhand, we might have a topspin or a slice.

We also have a serve, which obviously you can throw the ball up, and you’re going to hit the ball diagonally on the cross-court service box.

And occasionally you’ll hit those shots during a regular match, as well as during the rallies. Sometimes you’ve got to lean, sometimes you’re out of position, sometimes your wheelchair gets in the way.

The game isn’t really a lot different than able-bodied tennis, everything’s not perfect. But you have to adapt, you have to be an athlete.

Many wheelchair players were players on their feet, and they’re incredibly good. And of something, they had an accident which led to a physical impairment.

So, when they get in a chair, they’ve already got the strokes down, they learn to use their wheelchair as their feet, then they become incredible players.

Who can play tennis wheelchair?

Classification in wheelchair tennis is based on the principle that an athlete has a permanent impairment. This impairment must be medically diagnosed physical.

So, quad division is where players play with a disability of three limbs or more.

The difference between pedestrian-tennis and wheelchair tennis?

Actually, there are three major differences between wheelchair tennis and the able-bodied tennis.

First, there’s a rule difference: a wheelchair tennis player gets two bounces. The first bounce must land in the boundaries of the court. The second bounce can land anywhere.

The second difference is that a wheelchair tennis player has no lateral movements.

The last difference is that a wheelchair tennis player has no preparation time to return the shots. because he’s using his hands and arms to push and move the chair.

What are the equipment?

The most helping equipment in this game is the wheelchair, which allows the players to better balance and mobility.

And these chairs are different, they’re not the kind of chairs, you’d see in a mall or somebody pushing around. These are sports chairs, the wheels slant out to help you turn quicker.

There are rollerblade wheels on the front, one or two. A top tennis chair might only have one wheel on the front, to make the front end really quick.

We have a 5th wheel so that when you really kick back and want to hit a serve you’re not worried about going over on your head, you can just get right back and come forward. It’s really helping.

Also, there is a seatbelt, to give the player the stability, and carry another tennis ball. Because the players don’t want to chase the balls in the corners of the courts. They’ll just carry a ball in their lap, or in the wheelchair spokes, or right under the leg.

But for quadriplegic tennis, the racket setup is essential. And for most players because of hand strength issues, and range of motion issues, they will need some sort of assistive device to help them hold the racket in place.

Whether it’s prosthetic devices that help you hold your hand in place, velcro straps, duct tape, some sort of taping device, ace bandages. The most common helping tool used today is athletic tape.

For the quadriplegic tennis player, heat management issues can be a problem. Sweating is an issue for these players, so when you’re playing, you need to regulate your body heat, which involves basic hydration, cooling that can use ice packs, visors, hats, sunblock.

Anything he can use to regulate his core body temperature. Doing this will ensure his safety, and increase his performance.

Chair setup is essential for good performance the use of strapping devices, such as waist belts, and other straps, bucket in the seat for balance issues. Coded push rims for strong pushing.

Also, the quadriplegic division is the only division that allows power chairs to be used,

What are the rules?

The most significant rule in this sport: “The rule of two bounces”, which means a player can allow the ball to bounce twice and must return it before a 3rd bounce.

So, let’s say you can’t reach the first bounce, you can back up, and hit the ball on a 2nd bounce, that’s legal. But we don’t have to use two bounces.

The scoring of these matches is the best of three sets. The 1st player to win two sets wins the match.

The first player to reach 6 games by a margin of two games, wins the set.

As with the able-bodied version, if the set is tied at 5-5, one of the players must win 7-5. When the score is 6-6, the players resort to a tiebreaker to decide the set.

If I haven’t mentioned something, that’s because it’s the same with able-bodied tennis. you check this article about the rules of tennis.

That’s it! I hope you fulfilled your curiosity about the sport. Let’us know in the comments. 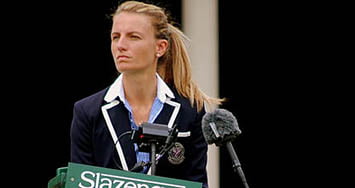 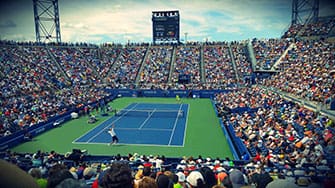 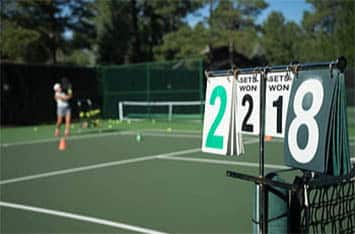 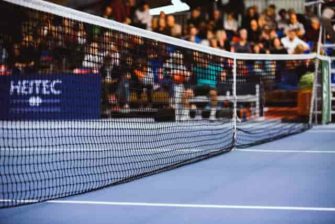